A bank for the creator economy, Karat Financial raises $26M in Series A funding

The creator economy is changing the way that people earn a living, whether you’re an Instagram influencer or a freelance graphic designer. But traditional banks haven’t caught up.

Take Alexandra Botez for example. The Stanford graduate earns six figures playing chess on Twitch, where she has 877,000 followers. But when she tried to apply for a business credit card, she was rejected twice. Meanwhile, when the creator behind TierZoo, a YouTube channel with 2.7 million subscribers, tried to rent an apartment, he was rejected because his landlord didn’t see his business as legitimate.

Eric Wei noticed this disconnect while he was a product manager at Instagram, where he helped build Instagram Live. With co-founder Will Kim, a previous investor with seed fund Lucky Capital, Wei launched Karat Financial, a better banking system for digital creators. Today, Karat Financial announced a $26 million Series A round led by Union Square Ventures with participation from GGV Capital and SignalFire.

“Banks need to understand you in order to trust you, and it’s only when they trust you that they’re willing to give you credit, process your payments and hold your money,” Wei told TechCrunch. “If Alexandra Botez has 800,000 followers, and let’s say a tenth of them are paying a monthly subscription fee on Twitch, you can actually back into what these creators’ income streams are and develop a better underwriting model than what the banks have today.”

But Karat isn’t solving a problem exclusive to the 1% of digital creators. Even for someone like a self-employed small business owner or a gig worker, it can be challenging to find a landlord that will rent an apartment without a proof of employment letter and regular paystubs. But the creator economy remains a fast-growing sector — more than two million creators make over $100,000 per year, and according to VC firm SignalFire, over 46.7 million people have enough of a following to monetize their content part time.

“This whole industry exploded,” said Kim. “If it’s a flash in the pan, it’s a fifteen-year-old flash.”

Wei and Kim founded Karat in 2019, then earned a spot in Y Combinator’s Winter 2020 accelerator. By June 2020, Karat launched its first product, the Karat Black Card, a credit card for creators, and earned $4.6 million in seed funding from investors like Twitch co-founder Kevin Lin. 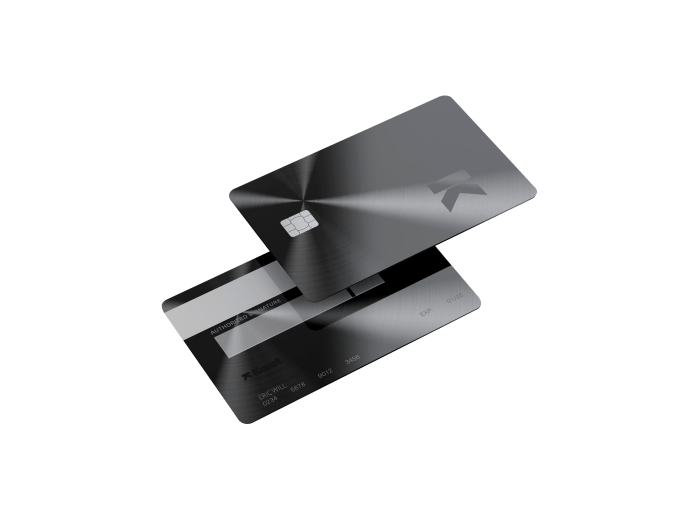 “Our vetting process is we try to evaluate creators as the businesses they are,” Wei said. The Karat Black Card doesn’t charge interest or fees, and only turns a marginal profit off of bank interchange fees. Karat will also advance credit for sponsorship payments at no cost to the creator. So if you’re an influencer and get paid $1,000 to make a video sponsored by a clothing company, it could take months to get paid. Karat will give you that $1,000 now, so long as you pay them back once the clothing company pays you.

Karat proved its concept with 50% growth from month to month and eight figures in transactions since launch last year. More than 30 creators have invested in Karat, including Jared Leto, 3LAU, Nas Daily and Josh Richards — that’s all without any spending on influencer marketing.

“It turns out that when you do a good job for creators, they share you around with other people,” Wei said.

Since then, their portfolio of investors has grown to include YouTube co-founder Steven Chen, Twitter co-founder Biz Stone, former TikTok CEO Kevin Mayer and former Wealthfront CEO Adam Nash, among others.

But Karat’s ultimate ambition isn’t to give creators a line of credit. They started out with the credit card to prove their concept, but in the long term, they hope to create a financial infrastructure for creators. That means helping them launch merchandise lines, incorporate their business, get a mortgage, take out business loans and file their taxes. Wei says that would come after the company’s Series B, opening a more lucrative income stream than collecting bank interchange fees.

“We decided to roll Karat out with the same tried-and-true fintech playbook,” Wei said. “Start out with something simple before wedging and scaling into those other products. So for us, the card is just a means to an end. Our whole model is, we use the cards to develop our underwriting model and gain trust from creators, and eventually, we can build to be Square for creators.”

Already, Wei and Kim are getting texts from their internet celebrity clients, asking them to be their de-facto financial advisers.

“We’re just like, oh my gosh, we love you, but we’re not building those products yet,” Wei said. “We’ll do that when we hit our Series B, and yes, we’ll charge you fees, because we’re going to provide you with better service than what’s out there now.”

With the newly announced Series A round, Karat plans to double its staff with new hires and begin looking toward new product development.