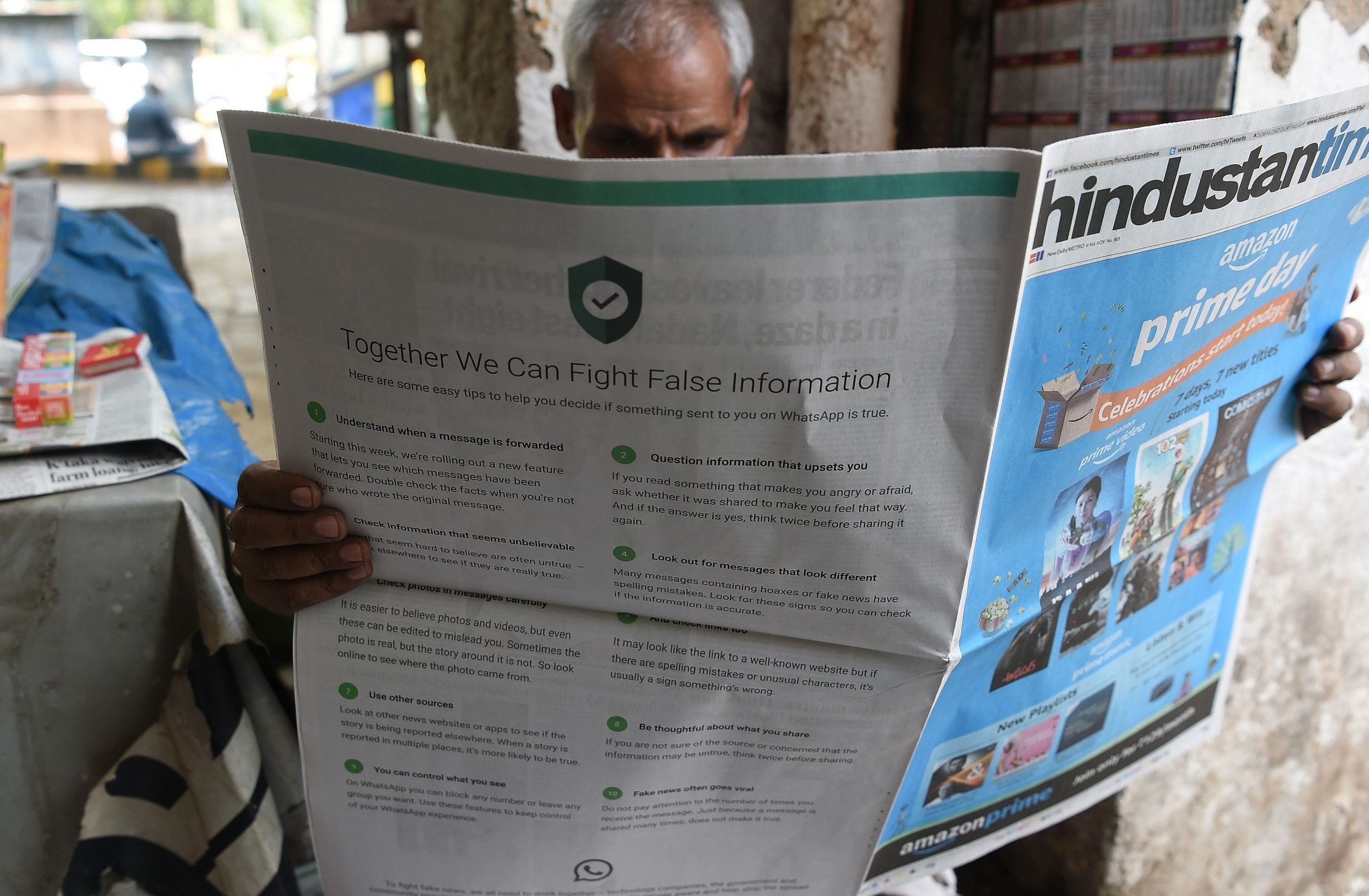 At the beginning of the previous decade, Facebook had a tiny presence in India. It had just started to slowly expand its team in the country and was inking deals with telecom operators to make access to its service free to users and even offer incentives such as free voice credit.

India’s internet population, now the second largest with more than 500 million connected users, itself was very small. In early 2011, the country had fewer than 100 million internet users.

But Facebook ended up playing a crucial role in the last decade. So much so that by the end of it, the social juggernaut was reaching nearly every internet user in the country. WhatsApp alone reaches more than 400 million internet users in India, more than any other app in the country, according to mobile insight firm App Annie.

This reach of Facebook in India didn’t go unnoticed. Politicians in the country today heavily rely on Facebook services, including WhatsApp, to get their message out. But it has also complicated things.

Rumors have spread on WhatsApp that cost lives, and politicians from both the large political parties in India in recent weeks have accused the company of showing favoritism to the other side.

To address these issues, and the role Facebook wishes to play in India, Ajit Mohan, the head of the company’s business in the country, joined us at Disrupt 2020. Following are some of the highlights.

A recent report in WSJ claimed that Ankhi Das, one of Facebook’s top executives in India, decided against taking down a post from a politician from the ruling party. She did so, the report claimed, because she feared it could hurt the company’s business prospects in India.

In Mohan’s first interview since the controversy broke, he refuted the claims that any executive in the country holds power to influence how Facebook enforces its content policy.

“We believe that it’s important for us to be open and neutral and non-partisan,” he said. “We have deep belief and conviction that our enabling role is as a neutral party that allows speech of all kinds, that allows expression of all kinds, including political expression, and a lot of the guidelines that we have developed are to make sure that we really enable our diversity of expression and opinion so long as we’re able to make sure that the safety and security of people are protected.”

Mohan said the internal processes and systems inside Facebook are designed to ensure that any opinion and preference of an employee or a group of employees is “quite separate from the company and the company’s objective enforcement of its own policies.”

He said individuals can offer input on decisions, but nobody — including Ankhi Das — can unilaterally influence the decision Facebook takes on content enforcement.

This photo illustration shows an Indian newspaper vendor reading a newspaper with a full back page advertisement from WhatsApp intended to counter fake information, in New Delhi on July 10, 2018. (Photo by Prakash SINGH / AFP)

On India and monetization

Even as Facebook has amassed hundreds of millions of users in India, the world’s second largest market contributes little to its bottom line. So why does Facebook care so much about the country?

“India is in the middle of a very exciting economic and social transformation where digital has a massive role to play. In just the last four years, more than 500 million users have come online. The pace of this transformation probably has no parallel in either human history or even in the digital transformation happening in countries around the world,” he said.

“For a company like ours, if you look at the family of apps across WhatsApp and Instagram, we believe we have a useful role to play in fueling this transformation,” he said.

Even as Facebook does not generate a lot of revenue from India, Mohan said the company has established itself as one of the most trusted platforms for marketers. “They look to us as a material partner in their marketing agenda,” he said.

He said the company is hopeful that advertising as a GDP will go up in India. “Therefore ad-revenue will become substantial over time,” he said.

For Facebook, India is also crucial because it allows the company to build some unique products that solve issues for India but could be replicated in other markets. The company is currently testing an integration of WhatsApp, which currently does not have a business model despite having over 2 billion users, with new Indian e-commerce JioMart, to allow users to easily track their orders.

“We think there is opportunity to build India-first models, experiment at scale, and in a world where we succeed, we see huge opportunity in taking some of these models global,” he said.

Facebook does not usually invest in startups. But in India, the company has invested in social-commerce firm Meesho, online learning platform Unacademy — it even participated in its follow-up round — and it wrote a $5.7 billion check to Jio Platforms earlier this year. So why is Facebook taking this investment route in India?

“We wanted to create a program for taking minority investments in early-stage startups to figure out how we could be helpful to startup founders and the ecosystem as a whole. The starting point was backing teams that were building models that in some ways were unique to India and could go global. Since we made an investment in Meesho, they have made a strong thrust in Indonesia. These are the kind of companies where we feel we can add value as well as we can learn from these startups,” he said.

The partnership with Jio Platforms follows a different rationale. “The transformation we talked about in India in the last few years, Jio triggered it,” he said. Other than that, Facebook is exploring ways to work with Jio, such as with its partnership with Jio’s venture JioMart. “It can really fuel the small and medium business that is good for the Indian economy,” he said.

Mohan said the company continues to explore more opportunities in Indian startups, especially with those where the teams think Facebook can add value, but he said there is no mandate of any kind that Facebook has to invest in, say dozens of startups in three to four years. “It’s not a volume play,” he said.

But would these firms, including Reliance Industries, which operates Jio Platforms and Reliance Retail, will receive any special access on Facebook’s services. What if Amazon, BigBasket, Grofers, or Flipkart want to integrate with WhatsApp, too? Mohan said Facebook platform is open for every firm and everyone will receive the same level of access and opportunities.

In the interview, Mohan, who ran the Disney-run Hotstar on-demand streaming service in India, also talked about the growing usage of video in India, the state of WhatsApp Pay’s rollout in the country, what Facebook thinks of India’s ban on Chinese apps, and much more. You can watch the full interview below.