In a startup reprise, Courtne Smith launches NewNew, a social network based on shared content 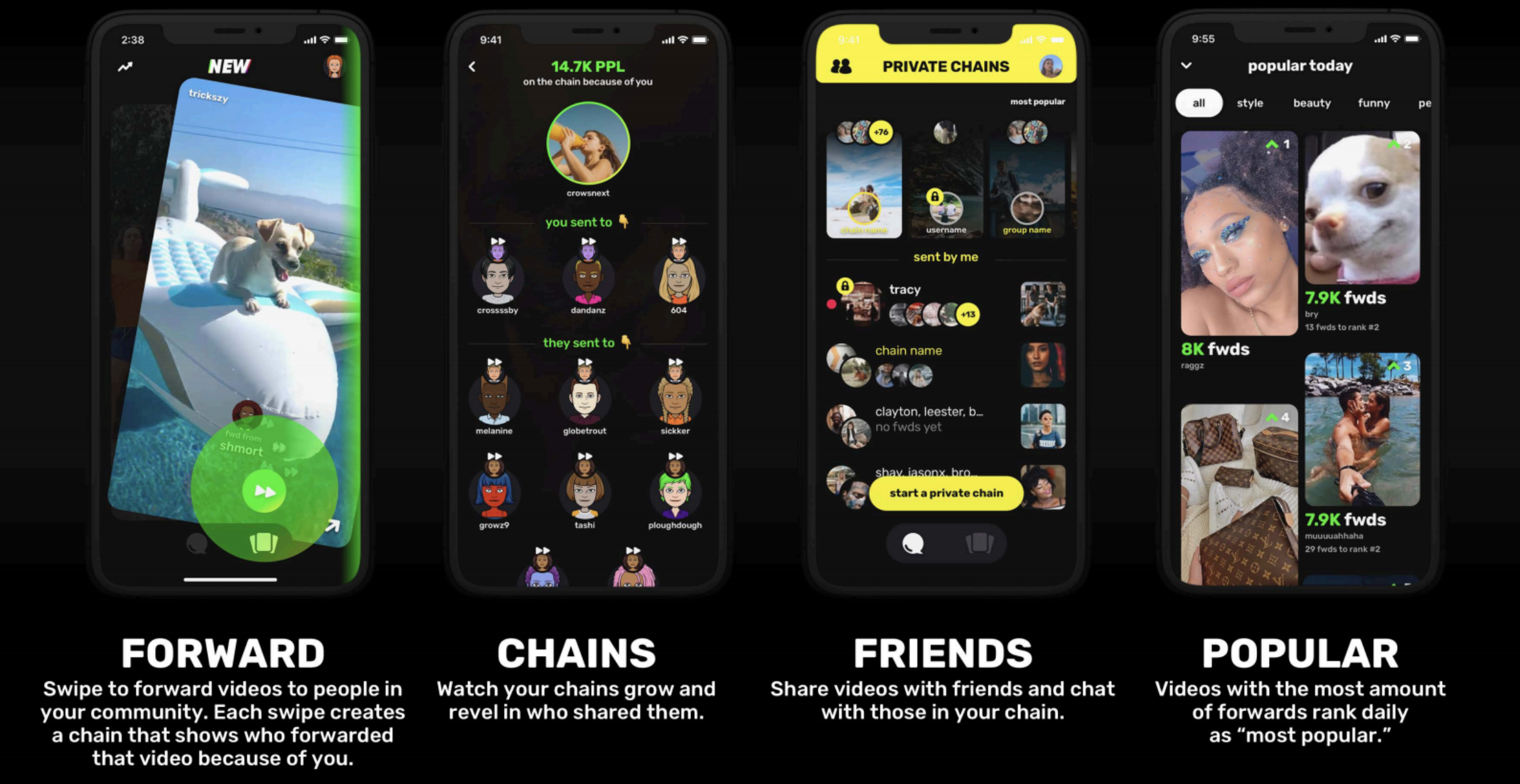 Since her departure from Drake’s entourage (where she worked as his longtime personal assistant) Courtne Smith has launched a line of hair products; a giveaway game that dropped swag like Yeezy shoes and Kardashian beauty products called Suprize; and now, NewNew, a social network based on the videos its users like and share.

Think of the pitch as TikTok meets Facebook, where users congregate and create networks based on the videos, memes and images they share.

When Suprize launched in 2018 with the promise of tickets to a Drake show and an exclusive offer for a jacket from the artist’s Scorpion tour, sites like Complex and Refinery 29 took notice.

After a year in operation, so did investors. The company Smith co-founded with Filip Diarra, a graphic designer and developer, attracted the attention of Andreessen Horowitz, Founders Fund, Canaan, Dreamers VC and Shrug Capital.

“We raised it really to transition Suprize into a social discovery platform based on ranking sharing and connecting over cool things that you connect and that you agree with,” said Smith. “After time running Suprize we saw NewNew taking over as the smarter, more scalable and more mature product to focus on really.”

Social media businesses have tried to use ranking, list-making and sharing to develop a following, with companies like Wishbone and The Tylt using lists and voting to generate traffic and as the hook for the site.

NewNew, by contrast, intends to create a social graph around shared interest in videos or visual content, in much the same way that Instagram created a new platform for social networking. The difference is that NewNew won’t focus on content creators, but instead the passive followers who amplify those creators.

Smith said that her company will exist in a “symbiotic relationship” with all the other content creation platforms. “There’s not really a place to organize the conversation around all the content that’s being shared. And that’s what NewNew is trying to do.”

For Smith, the launch of NewNew is just the latest step in a lifelong journey toward entrepreneurship, the young founder said. “I always wanted to be an entrepreneur,” she said. “My dad was entrepreneurial. He had gone through a lot of career changes in his lifetime. He was a football player, and then a real estate entrepreneur and then a teacher.”

Another entrepreneurial role model was her friend and longtime employer, Drake. The two met when he was just becoming famous as a teenage actor in Toronto on the show Degrassi: The Next Generation.

Smith told Vogue, “Drake and I have been best friends since we were kids. I always found myself helping him organize his things for work and travel years before he was the ‘6 God’ we now all know and love, so it was a pretty natural transition from organized friend to assistant, at the time,” she said. “I consider Drake one of my role models and a great example of being aware of your strengths and working hard to get what you want in life.”

While Smith has worked in fashion and entertainment, the tech industry always beckoned, she said. “Tech was the thing that was big and impactful and has the way to make the most difference in the world,” she said.

Ultimately, the hope is for NewNew to become a utility in the same way that other big social media platforms have become.

“There’s generations that grew up on those platforms. We see ourselves becoming a utility down the road,” Smith said.