Kaszek Ventures, the investment firm that has been one of the primary architects of the recent boom in startup financing and growth in Latin America, has just raised $600 million across two new funds.

In the eight years since Hernan Kazah and Nicolas Szekasy launched Kaszek Ventures in 2011 the startup ecosystem in Latin America has experienced a renaissance, with investments in the region surging to nearly $2 billion in 2018.

Much of that growth has come on the back of Kaszek portfolio companies like Gympass, the provider of corporate-sponsored gym memberships and perks; Konfio, the Mexican small business lending platform; Nubank, the Brazilian consumer credit company now worth roughly $10 billion; and Loggi, the Latin American logistics company with the billion-dollar valuation.

For Kazah and Szekasy, the growth of their nearly eponymous venture fund marks a successful reinvention of two of the most prominent executives of Latin America’s most highly valued tech startup, MercadoLibre. 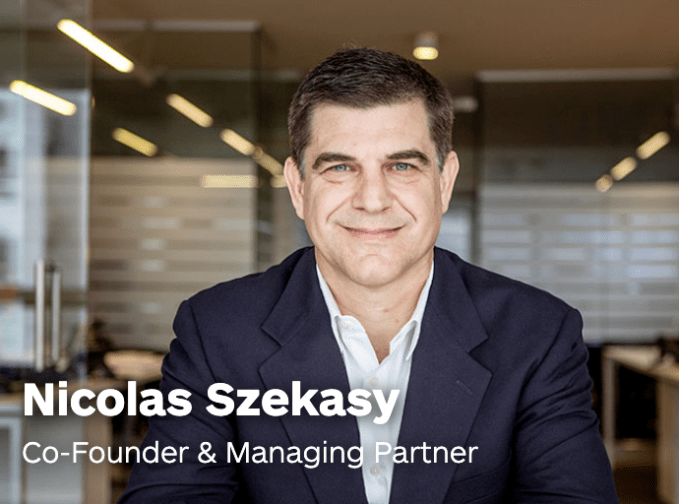 The former chief operating officer and chief financial officer of the region’s leading e-commerce marketplace, initially launched their firm to see if they could replicate their success as entrepreneurs from the other side of the table and bring the expertise and wisdom they’d amassed from their time running what is now a $29.2 billion dollar company (by market capitalization).

“We thought we could identify many more MercadoLibres and identify teams that were outstanding and would have a very ambitious vision in a very large market,” says Szekasy. “I thought I could have more impact if I moved and started working on the investing side.”

The first fund was a relatively modest $95 million investment vehicle, but one of its first investments would go on to show the potential for outsized returns that existed in the Latin American market. That company would be Nubank, and Kaszek was among the first money into the company (alongside Sequoia Capital) when it was little more than a pitch deck and an entrepreneur — David Velez.

“They had very relevant experience in scaling a tech company to multiple countries in the region,” says Velez of the decision to take cash from Kaszek. In the early days, the firms partners were involved in all stages of the company’s growth, helping recruit talent like country managers in different regions, to localizing the pitch for different countries. “They were very active also and continue to be very active around marketing and product. They helped us develop our first website and craft our pitch to consumers and eventually develop a lot of the digital marketing muscle,” Velez says.

The local knowledge that Kaszek provided was a great compliment to the global perspective that Sequoia brought to the table, says Velez.

For Matias Muchnick, a co-founder and chief executive of NotCo, the experience of Kaszek’s founders and the breadth of their network provided incalculable help as the company expanded beyond Chile to Latin America more broadly — and as it was fundraising.

From a Kaszek-sponsored retreat at Stanford University, Muchnick was introduced to a professor who became an advisor to the company. The professor then put Muchnick in touch with Bezos Expeditions through a connection and the firm wound up investing.

Nubank may have been the firm’s first success story to come from its portfolio, but Kaszek would notch multiple other wins from its later funds.

Standouts from the firm’s $200 million third investment vehicle include the The Not Co, a new food company working on a range of products from vegetarian ice cream and mayonnaise to replacement meat patties. That company managed to attract the attention of Jeff Bezos and his Bezos Expeditions investment fund. Two other standouts in Mexico are Kavak, a car marketplace and Credijusto, an online lending company which raised $42 million from Goldman Sachs and other investors earlier today.

Now the firm has added to its firepower with the close of a $375 million main fund and its first “Opportunity Fund” a $225 million investment vehicle that will enable the company to maintain its stakes in later stage companies as they raise increasingly large rounds.

Kazah expects that the firm will invest a bit larger amounts in roughly the same number of companies, with the fund making between 25 and 30 new investments, he said.

And increasingly large rounds are becoming the norm in Latin America just as they’ve done in other rapidly maturing technology ecosystems. 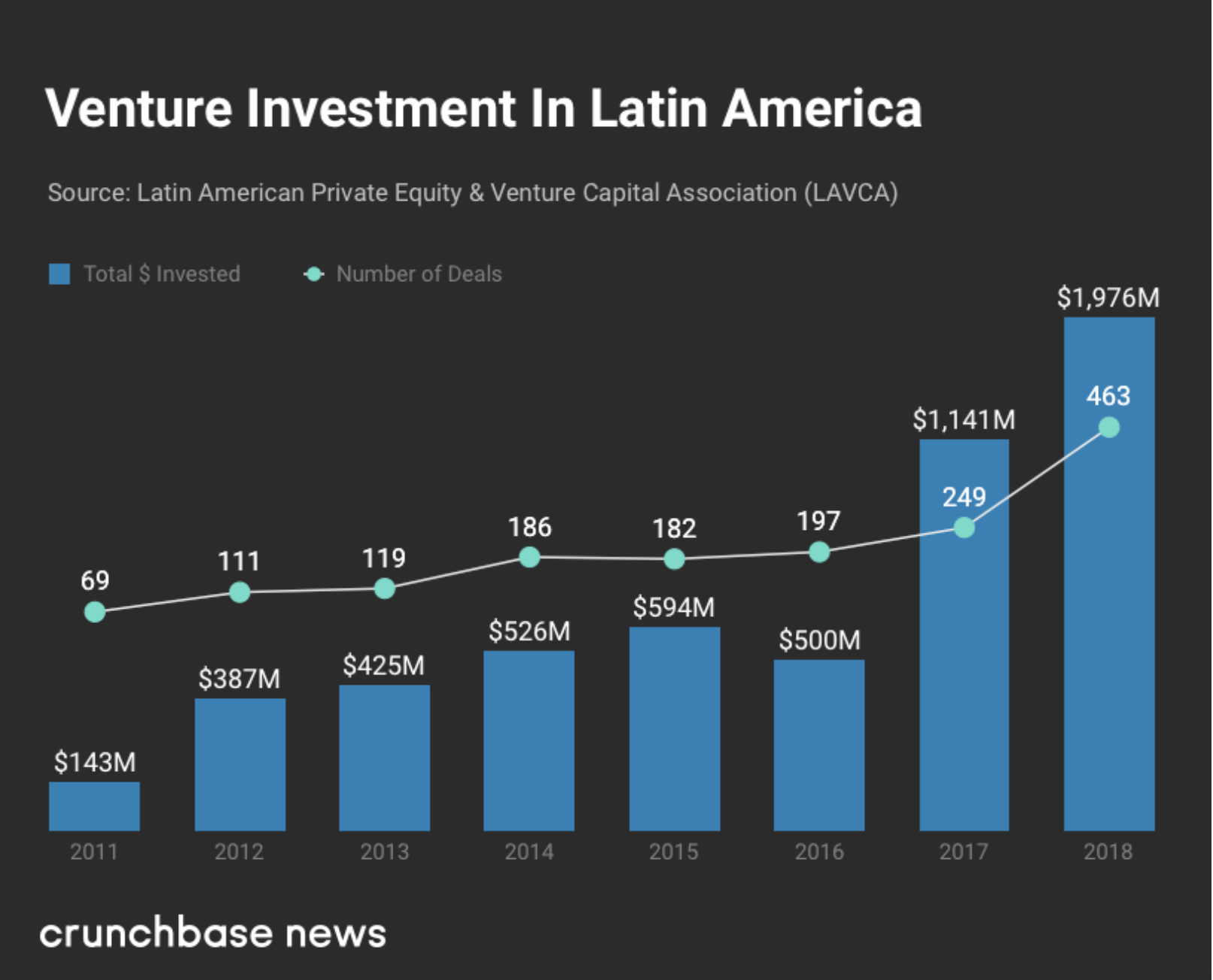 That rapid growth has been parlayed into returns that represent an 8x multiple on invested capital for the first Kaszek Ventures fund, a 5x multiple on the second fund, and a 2x return for the firm’s third fund — already, according to a person familiar with the firm.

“We have been investors in Kaszek Ventures since 2011 and are thrilled to continue this partnership” said Du Chai, Managing Director at Horsley Bridge Partners, in a statement. “Kaszek has been a top performer while building a great platform with talented individuals.”

In part, Kaszek’s success is an extension of broader macroeconomic trends that were bound to transform the region, according to Szekasy.

“We were looking at Silicon Valley and looking at what was happening in China and saw that Latin America was a very large region with a large population and GDP and the right demographics and a fast pace of adoption of new technologies,” says Szekasy.

One of those new technologies that helped speed up the adoption of new technology services across Latin America was the rollout of 4G, says Kazah. 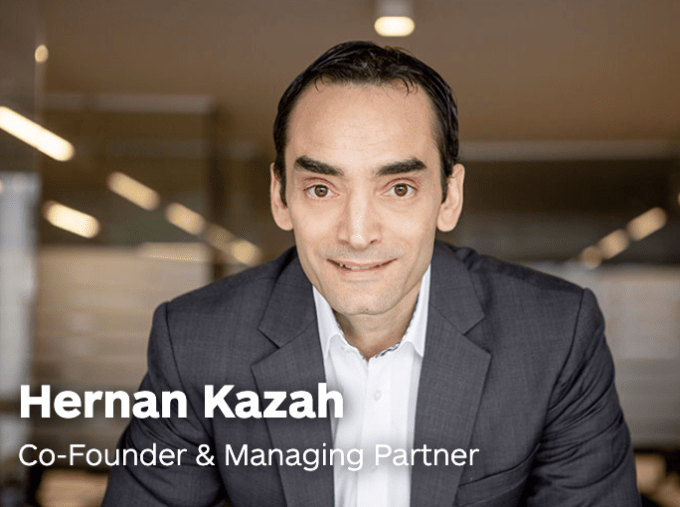 The mobile internet was always going to be the way that Latin Americans went online, thanks to the penetration of mobile phones across the continent. But high speed internet transformed the types of companies and services that could be on offer, Kazah says.

“In 2011 we had 10% 4G penetration… now more than 90% of the cell phones purchased have been cellphones with 4G access,” according to Kazah. “That really changed the entire ecosystem… companies can aspire to have more sophisticated products… in the last couple of years they started to accelerate their growth.. We finally got to a point where there’s critical mass.”

Not only has the technology improved, but increasing political stability and the rise of a middle class market in countries like Colombia and Mexico mean that there’s more opportunities for new businesses in countries across the continent.

Brazil has always been an economic powerhouse, but now Mexico, Colombia and even countries like Argentina and Chile are showing signs of increasingly vibrant startup ecosystems.

Attention from international investors is also helping to drive the region to new heights. Earlier this year Softbank announced that it would create a new Latin America fund with $5 billion to invest in startup companies. DST and Tiger Global are also active investors in the region.

“One of the reasons Latin America was lagging was that the region was not at a critical mass inflection point technologically, but it was also the lack of capital,” says Kazah. “Softbank on the one hand provides capital but  on the other hand it has opened the eyes of others as well.”