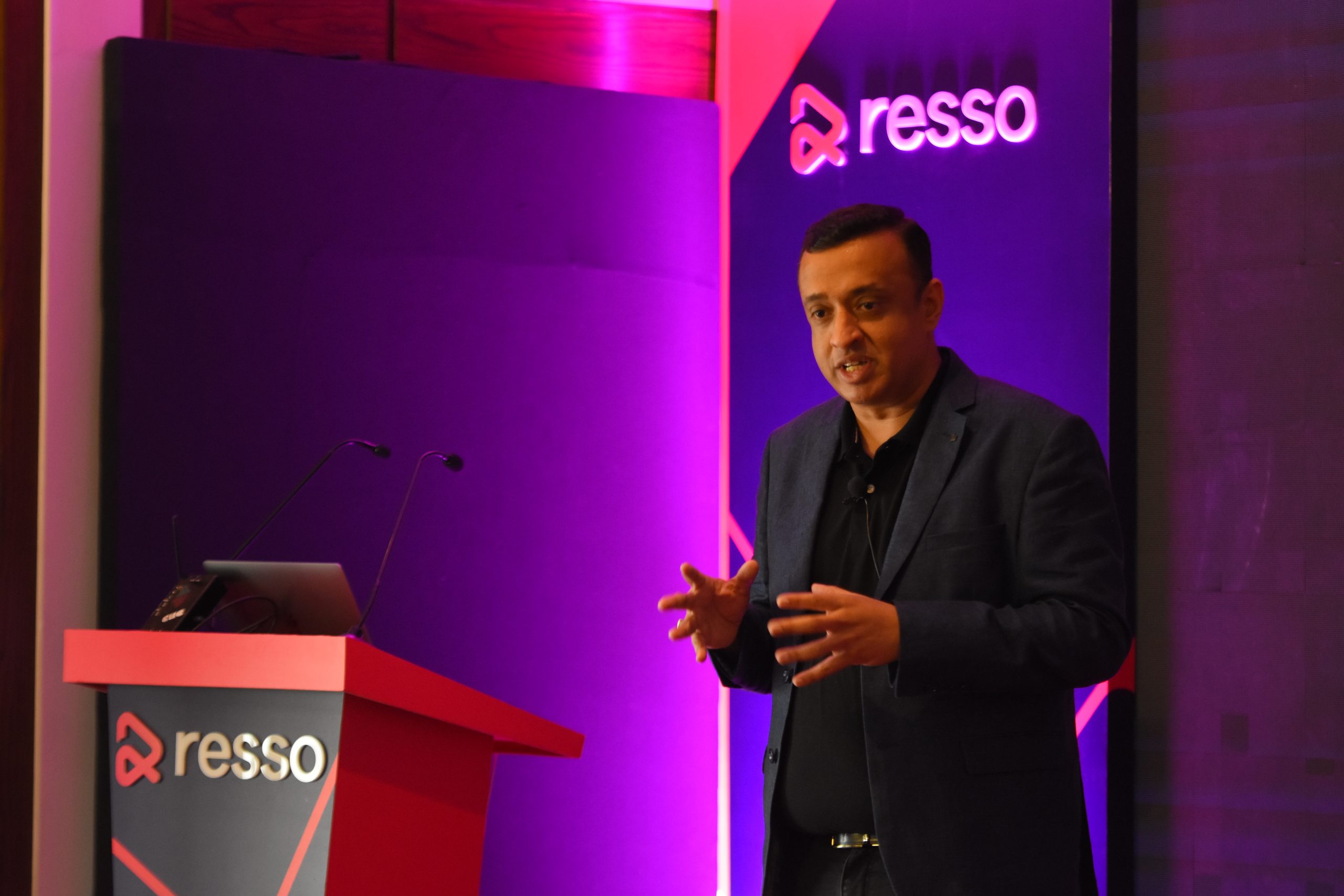 TikTok, the hugely popular social media app, found a lot of early traction by giving users a way to create funny lip-synced versions of clips from well-known songs and then share them with friends (its predecessor in the West was even called Musically). Now at long last, TikTok’s owner, China’s ByteDance, is doubling down on the music connection with the release of its first standalone full music streaming app, starting first in India.

Today, the company is launching Resso, which describes itself as a “social music streaming app”: users are encouraged to share lyrics, comments and other user-generated content with each other, alongside full-length tracks of music that they can consume and also share with others. And the music begins to auto-play as soon as you open the app.

Resso is not disclosing how many tracks are on the service at launch, but it notes that it has secured licensing deals with Sony Music Entertainment, Warner Music Group, Merlin and Beggars Group, as well as big publishers specifically in the Indian market, including T-Series, Saregama, Zee Music, YRF Music, Times Music, Tips, Venus and Shemaroo, as well as Speed Records, Anand Audio, Lahiri Music, Divo and Muzik 247.

You might have clocked one notable holdout in that list: Universal Music, one of the “big three” global music publishers. Resso would not comment on why it has yet to ink a deal with Universal, but it’s notable that one of biggest investors in the music company is Tencent — an arch competitor to ByteDance in China that took a 10% stake in Universal at the end of last year that is valued at around $3.4 billion.

Unlike its sister app TikTok, which is free to use and is built on an ad-based model, Resso is following the freemium route that a number of other big music apps, such as Spotify, have taken. A free tier includes ads and limits streaming quality to 128 kbps; a premium, ad-free tier boosts streaming to 256 kbps, includes downloads and the ability to skip tracks and costs INR 99/month ($1.35/month) on Android and INR 119/month ($1.62) on iOS. Resso is not commenting on why the iOS price is higher.

The launch comes about two months after Resso opened up for testing in two markets, India and Indonesia (it remains in test mode in the latter). The choice to focus first on India was to tap into the country’s massive, youthful population of mobile users.

“India has the largest population of GenZ as compared to any other country globally,” Hari Nair, Head of Music Content & Partnership, Resso India, told TechCrunch. “With the core of Resso’s target audience being GenZ, it is only logical for Resso to make its debut in India. We will discuss additional markets when appropriate.”

Resso’s Nair at a briefing with media in New Delhi

India is music to ByteDance’s ears

TikTok is already huge in India — around 200 million users as of last October and expects to add another 100 million this year. But even without a clear TikTok connection — the app is published by “Moon Video” on Google Play, for example, and there are no obvious pushes to prioritise TikTok shares on the app — the test version has already seen some traction.

Resso has been installed by approximately 1 million App Store and Google Play users to date in India and Indonesia, research firm SensorTower told TechCrunch, with 600,000 of these installs in India, and 400,000 in Indonesia.

“All our marketing efforts are focused towards building a strong community of passionate music fans,” Nair said. “The idea is to have a digital first approach where in we identify the right set of audience groups and reach out to them.”

The market for music streaming is very competitive in India — where Resso will compete against not just Spotify, but Gaana, JioSaavn, Apple Music and YouTube Music, among others. Even so, partly because of the success of TikTok, Resso was highly anticipated. It comes after months of rumors stretching back almost a year, as well as a number of music licensing deals to expand the catalog — critical not just for Resso itself but for sister app TikTok, whose existing deals last year approached expiration.

While a lot of the currently streaming services in India offer near identical catalogs, Resso is banking on its ability to convince users to “express and engage.”

The app, by default, rolls somewhat relevant videos in the background whenever a song is playing. Users can comment and also read lyrics of songs. Resso’s user interface is designed to persuade users to share lyrics directly on other platforms such as WhatsApp, Facebook, Instagram, and of course, TikTok.

And alongside more social features wrapped around the music listening experience, Resso’s other differentiating feature is to push genre-based discovery more prominently, organising its music library by names that it says “address the tastes of today’s generation of music enthusiasts,” such as alternative, experimental, fusion, post rock and indie rock as well as more specific categories like popgaze, bow pop (I had to look this one up), indie psych pop and ambient.

As with services like Spotify aiming to build features also for artists in a two-sided marketplace, Resso is also dabbling in this area, noting that it “empowers artists to reinvent their catalog by providing a fresh way for fans to engage with their music and introduces them to new listeners.”

On the flip side, ByteDance may soon find out just how difficult it is to get Indians to pay for content. Resso’s pricing in India is in line with those of Apple Music, YouTube Music, Spotify, Times Internet-owned Gaana, and Reliance Jio’s JioSaavn.

Jayanth Kolla, chief analyst at research firm Convergence Catalyst, said there still is a big room for growth for music streaming services in India. “More than half of internet users in the country are yet to join this bandwagon,” he said.

But none of these services have made significant inroads in their search for paying subscribers. Bloomberg reported in December that YouTube Music / Premium, had amassed over 800,000 subscribers in India, more than any other music streaming service.

And on top of this, according to one estimate, there is not a ton of money to be made in India currently. According to research firm Statista, music streaming services in India will clock about $244 million in revenue this year, compared to the much mature U.S. market, where they are estimated to generate $4.5 billion this year