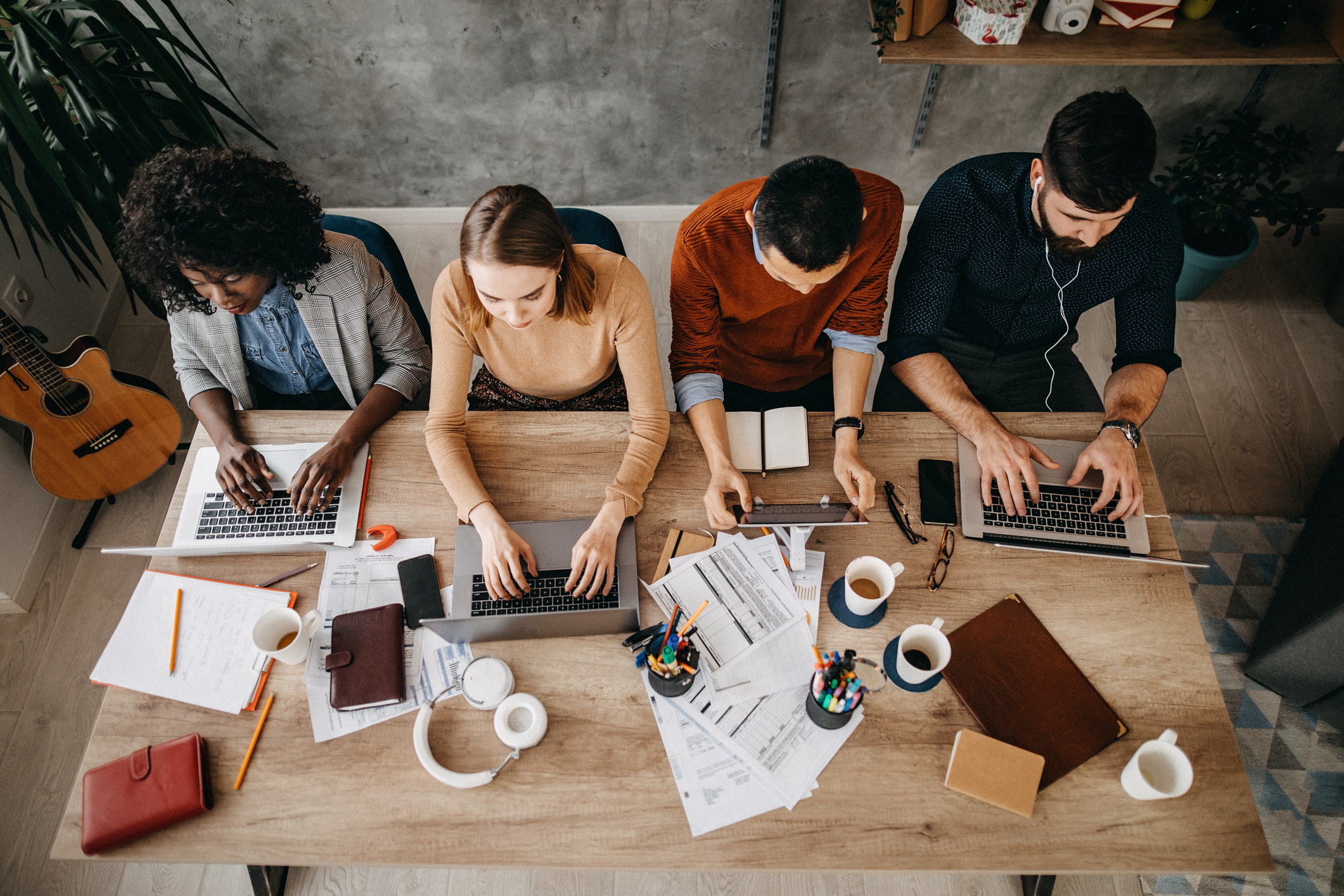 The tech industry has generally wished that structural discrimination would go away, while pretending that it already has. But technology can be used by anyone for anything. And so, the world has watched video after video of police brutality against Black people in a real-time stream that plays through the closing days of quarantine, culminating in the death of George Floyd and ongoing protests. As employees have left their remote offices to hit the streets, even executives at the largest tech companies —who would usually avoid such complications — have expressed their support officially, online.

What can we expect to change now? After all, diversity and inclusion programs have been getting cut during the pandemic, and stats on employee diversity and VC partner/portfolio demographics have not seemed to be improving quickly over the past decade, at least in aggregate.

First up, a group of Black tech leaders in the Bay Area, including TechCrunch’s Megan Rose Dickey, has put forward a widely-signed petition that specifies five goals including local support and accountability, and commitment to hiring and investing in Black employees and founders.

On the ground in the startup world, a considerable range of investors say they are setting aside dedicated time and resources for Black founders.

Specific proposals for changes to the status quo strike at the heart of of tech as we know it.

To address existing systemic bias, algorithmic and otherwise, contributor Will Walker writes that tech companies like Amazon, Yelp and Grubhub should find ways to feature and favor Black-owned businesses — even if that means re-writing the recommendation algorithms.

And to address systemic bias in who gets funding, Connie Loizos writes that legislation could be the best answer:

Consider that already, most VCs today sign away their rights to invest in firearms or alcohol or tobacco when managing capital on behalf of the pension funds, universities and hospital systems that fund them. What if they also had to agree to invest a certain percentage of that capital to founding teams with members from underrepresented groups? We aren’t talking about targets anymore, but actual mandates. Put another way, rather than wait for venture firms to organically develop into less homogeneous organizations — or to invest in fewer founders who share their gender and race and educational background — alter their limited partner agreements.

Perhaps tech leaders are responding so strongly today because they realize what’s at stake for them if change does not happen faster?

The future of work, according to the people trying to invest in it

Meanwhile, the very nature of work as we know it is being re-evaluated. Megan caught up with top investors in a very popular investor survey for Extra Crunch this week, to better understand the problems and solutions. Here’s what Ann Muira-Ko of Floodgate Capital thinks will create unicorns, as a sample:

How do you enable solopreneurs to build businesses that are fully tech-enabled? We think of this as the ironman suit for the solopreneur. What financial products and software products can solopreneurs use to provide consumers or their customers with the tech-enabled experiences they have come to expect?
How does reputation follow someone? A resume or LinkedIn profile measures where you’ve worked and for how long. With people working more jobs at varied locales, measuring expertise will become a new challenge.
How does an organization maintain knowledge? If a company is reliant on its people to share its history and knowledge base, how can that be disseminated without relying on internal experts (who are on the decline)?
How should productivity tools (calendars & communication) and enterprise systems (CRM, HR, Finance, etc.) adapt to a multi-modal (work from anywhere) work environment? HR is perhaps the most out-of-date, but every tool will require better integration.

If you’re more interested in the cybersecurity aspects of remote work, you will want to check out security editor Zack Whittaker’s set of investor surveys this week, including this industry overview and this pandemic-focused one.

Data shows investors are in fact busy looking for deals

Are VCs actually open for business during the pandemic? Docsend, a key inside data source, has a new report out this week that shows investor interest has boomed in April. Here’s CEO Russ Heddleston on TechCrunch, talking about the activity on its document management platform:

After the initial decline in March, founders and VCs both bounced back fairly quickly. In fact, the next week VC interest increased 10% while the number of Founder Links Created increased by 12%. However, for the following few weeks the number of links created by founders either stayed flat or dropped. But that isn’t the case for VCs. Demand for pitch decks rose steadily all the way through the week of April 20th, which was 25% up year-over-year. In fact, seven of the top 10 best days for Pitch Deck Interest in 2020 were in the month of April.

The fundraising inactivity has been on the part of the founders! Meanwhile, in a separate article for Extra Crunch, he shares that investors are spreading themselves broadly.

In the recent weeks, as we’ve had higher than average supply and demand, we’ve watched as the average time spent reviewing a deal has declined. In fact, we’re at nearly a two-year low. The only other period when time spent dropped below where it is now was in early 2018 (which not coincidentally was also when demand was at its highest). Twice in 2018 we saw time spent go below three minutes and we’re currently at 3 minutes and 7 seconds.

In a fascinating oral history of sorts for Extra Crunch, Adam Guild explains how he helped his young brother Topper get more than 10 million followers in under five months. Here’s a free excerpt:

At first, figuring out which content would go viral seemed random. There was no correlation between likes, comments, shares or engagement rate.

“I wanted to test if this guess was right,” said Topper, “so I posted a few videos with a longer length and teased people in the captions to watch until the end.”

It worked; his videos started getting more views, but it wasn’t a perfect correlation. Some videos with high view durations weren’t taking off.

When Topper asked me for advice, I suggested that the key metric to nail was actually average session duration. That’s what YouTube optimizes for, so it would make sense that TikTok would do the same. This metric measures how long people actually stay on the platform — not on the video — and it can be increased by single videos.

He posted another video to test: one that encouraged viewers to rewatch repeatedly because it had a cliffhanger ending — Topper poured hundreds of Mentos into a massive container of Coke before cutting out the ending.

That video was his most viewed yet, scoring more than 175,000,000 views. He decided to use that lesson in future videos by creating content that helped get viewers addicted to TikTok while also being fun to watch.

The coronavirus has hastened the post-human era

Is Zoom the next Android or the next BlackBerry?

The IPO window is open (again)

Unpacking ZoomInfo’s IPO as the firm starts to trade

Hello and welcome back to Equity, TechCrunch’s venture capital-focused podcast, where we unpack the numbers behind the headlines.

This week, however, the Equity crew (Danny, Natasha, Chris, and Alex) agreed it felt silly to drum up false enthusiasm for funding rounds and startups. Instead, we talked about a more critical topic: systemic racism in the United States. Venture firms and tech executives across the country are pledging to be better following the brutal murder of George Floyd and police brutality.

What follows are the resources we mentioned — and a few more — on the show itself. We’ll be back. Now is the time for sustained momentum and change.

How to be a better ally

More resources on how to support Black Lives Matter
How to make this moment the turning point for real change
For those who can’t protest, here are ways to support the movement
Understand the model minority myth
The social contract
Resources fo Non-black individuals and people of color

Equity drops every Friday at 6:00 am PT, so subscribe to us on Apple Podcasts, Overcast, Spotify and all the casts.