What Dungeons & Dragons Rules Could Be Updated For D&D 5.5 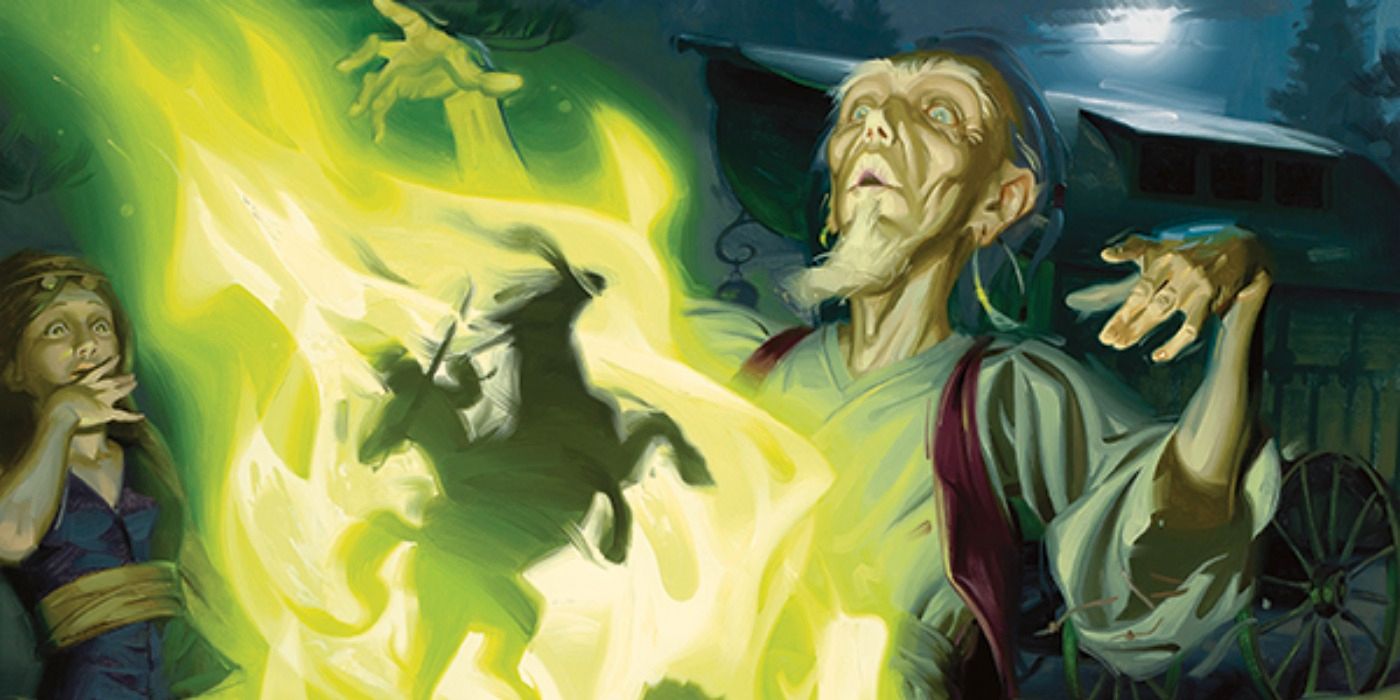 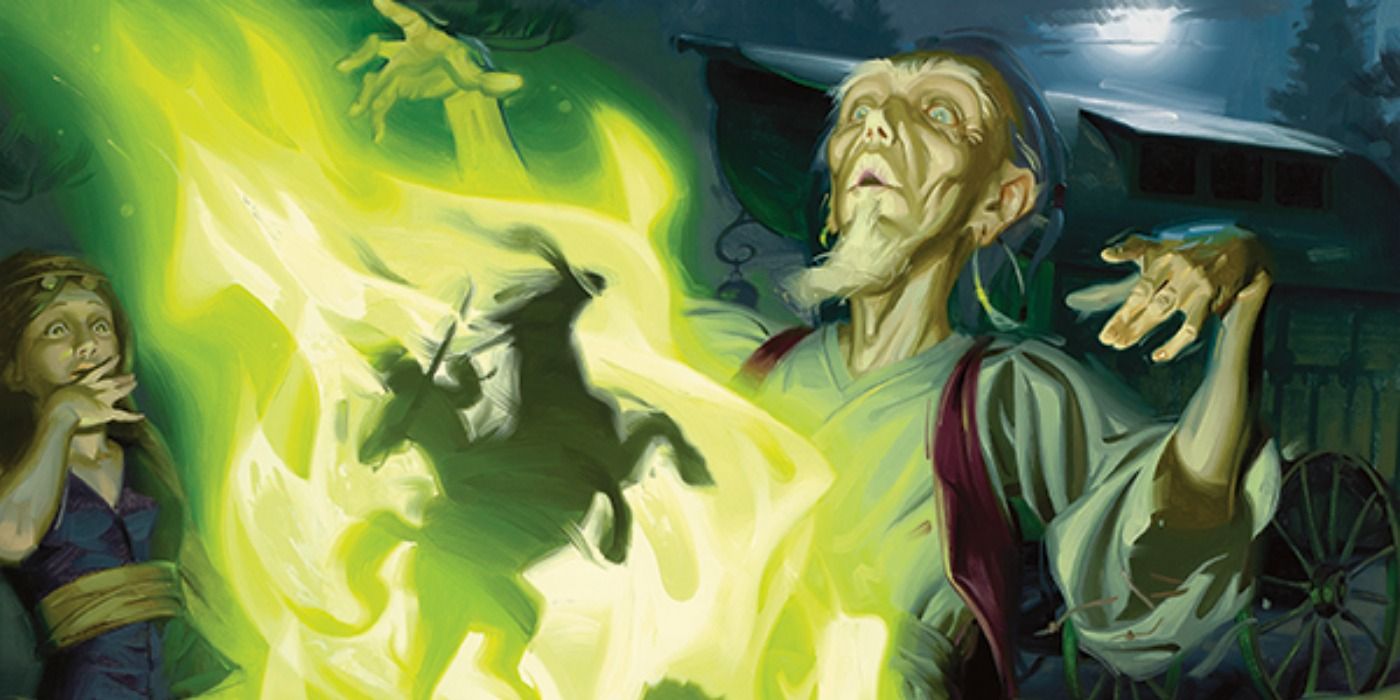 Revised versions of the core Dungeons & Dragons rulebooks are coming in 2024, which fans are already referring to as the 5.5 version of the game. This will give Wizards of the Coast the chance to alter the existing D&D rules, in order to improve them, following years of fan feedback and online discourse.

The new books were revealed during D&D Celebration 2021. The new D&D books will launch in 2024, to mark the 50th anniversary of the game. All that has been revealed is that the Player’s Handbook, the Dungeon Master’s Guide, and the Monster Manual will receive new versions. The rules in these books will be backward compatible with those in the existing 5th edition, so fans won’t need to trash their current library of tomes. The content in the D&D 5.5 books will be developed with the aid of fan feedback, which will be conducted via surveys over the next few years.

The fifth edition rules are solid and contain fewer exploits than previous editions of D&D. This is due to the developers having decades worth of playtesting information to work from, as well as a vocal fanbase that is more than willing to let its opinions be known about the game. The D&D 5.5 books have the chance to smooth out the remaining issues with 5th edition, in order to improve the game for all. 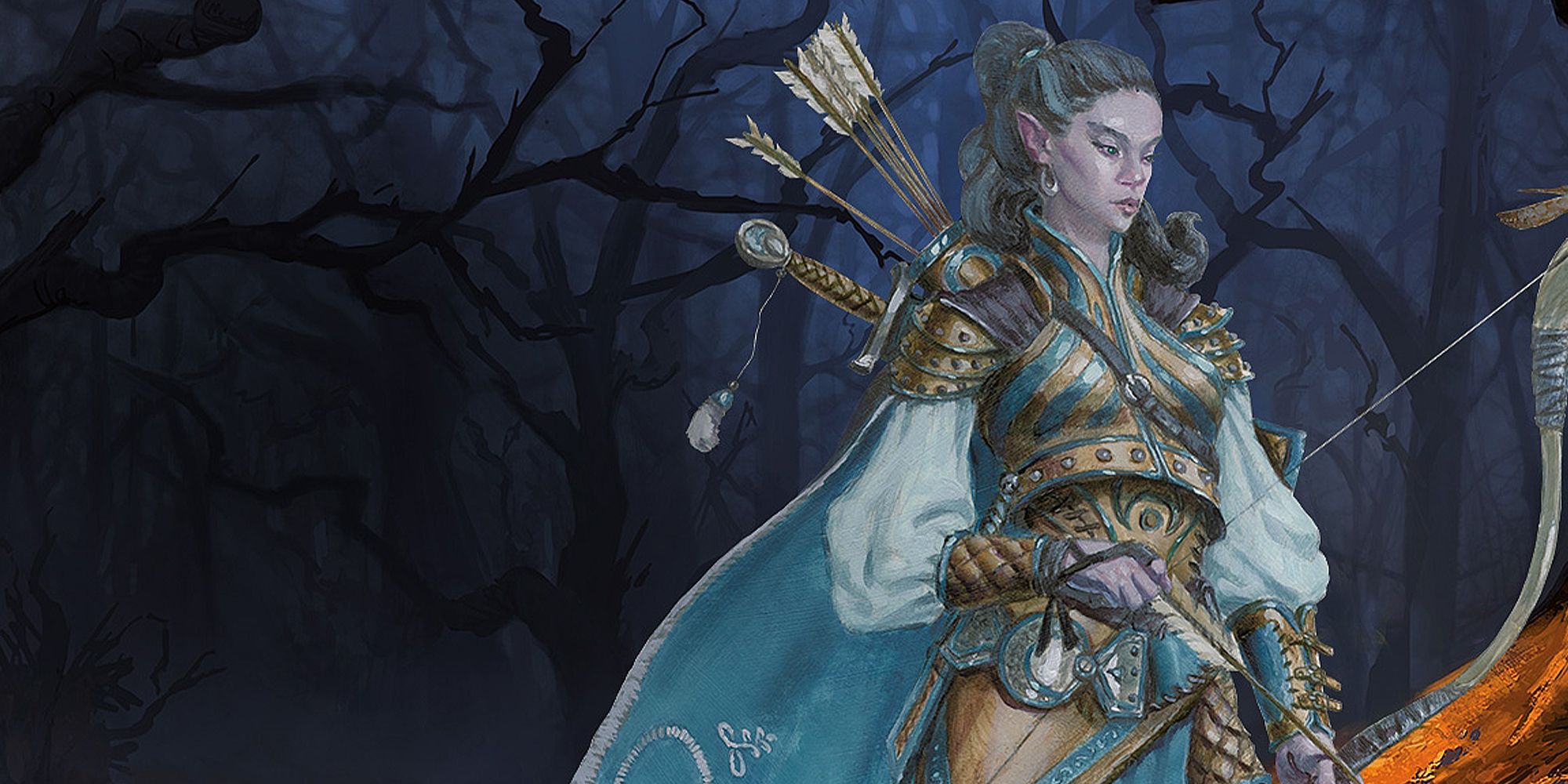 Even before it was confirmed that the fifth edition rules were being updated, there was talk of changing the Ranger class. This was discussed when Baldur’s Gate 3 changed the Ranger, which came with confirmation that plans were in motion for the class to be changed in D&D. The Ranger has already received a minor overhaul, with the Beast Master archetype being changed in an Unearthed Arcana article, as it was considered to be the weakest subclass in the game.

The changes made to the Ranger in Baldur’s Gate 3 were the result of many of its class features not gelling with the video game format, as many of them were tied to exploration, and were situational. The Ranger in D&D is overdue for a total rehaul and for it to be cemented in the Player’s Handbook. This would likely mean strengthening Favored Enemy, in order to bring it in line with the older editions of the game; changing Natural Explorer, so that it applies to more terrain types; and giving them a better level eight ability than Land’s Stride. 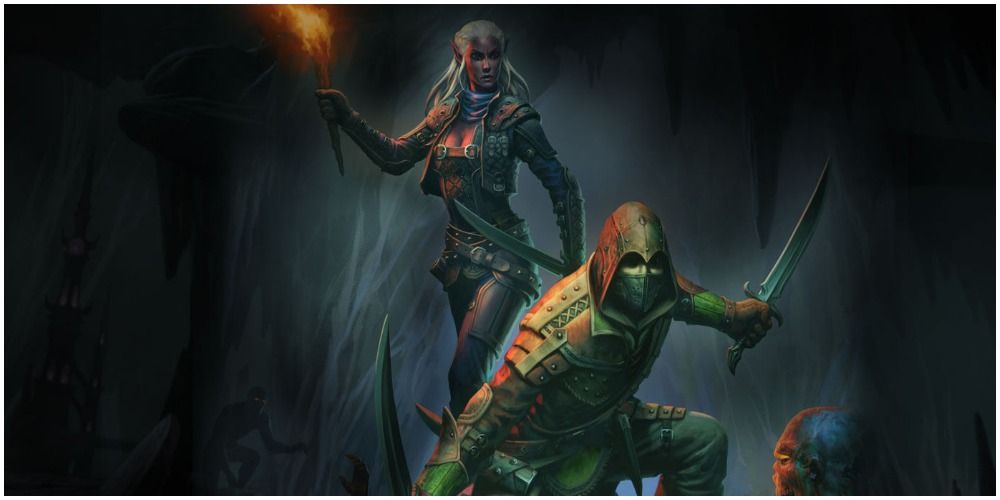 The history of multiclassing in D&D is varied, with it being more viable in some editions than others. Multiclassing is notably weaker in 5e, barring a few powerful combinations. The primary spellcasters in the game especially suffer when they try to multiclass, as diluting their access to high-level magic is a major downside that is hard to overcome. The current edition of D&D is focused on campaigns that are shorter, as the developers and players alike realized that not everyone can pull off a lengthy campaign. As such, the 5.5 rules surrounding multiclassing shouldn’t be so strict, or there should at least be an alternate option that is more forgiving. If storylines are going to be shorter, then why not make it easier for players to experiment and play the kinds of characters they want, without diminishing their effectiveness in combat. 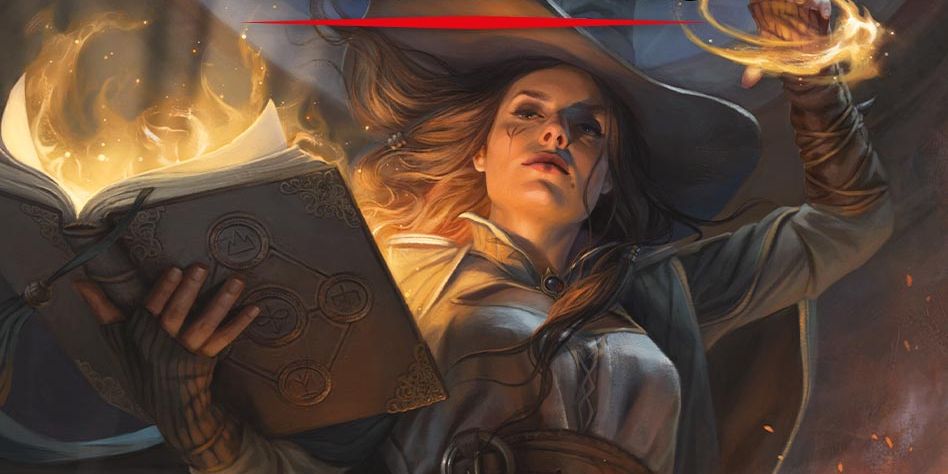 Tasha’s Cauldron of Everything introduced race rules that offered new options for players. This was the book that introduced lineages and origins. The origin rules allowed players to ignore the stat bonuses in the Player’s Handbook and select ones of their choosing, as well as starting languages and certain skill and weapon proficiencies. The lineage rules allowed a player to create a race of their own creation, which came with +2 to a stat, a Feat, and a choice between darkvision or a skill proficiency.

It wouldn’t be surprising to see the origin rules incorporated fully into the revised 5.5 Player’s Handbook, with the original stat bonuses being offered as suggestions, rather than being set in stone. The D&D Adventurers League already uses these rules for organized play, so it would make sense to fully add them into the game when D&D 5.5 releases. 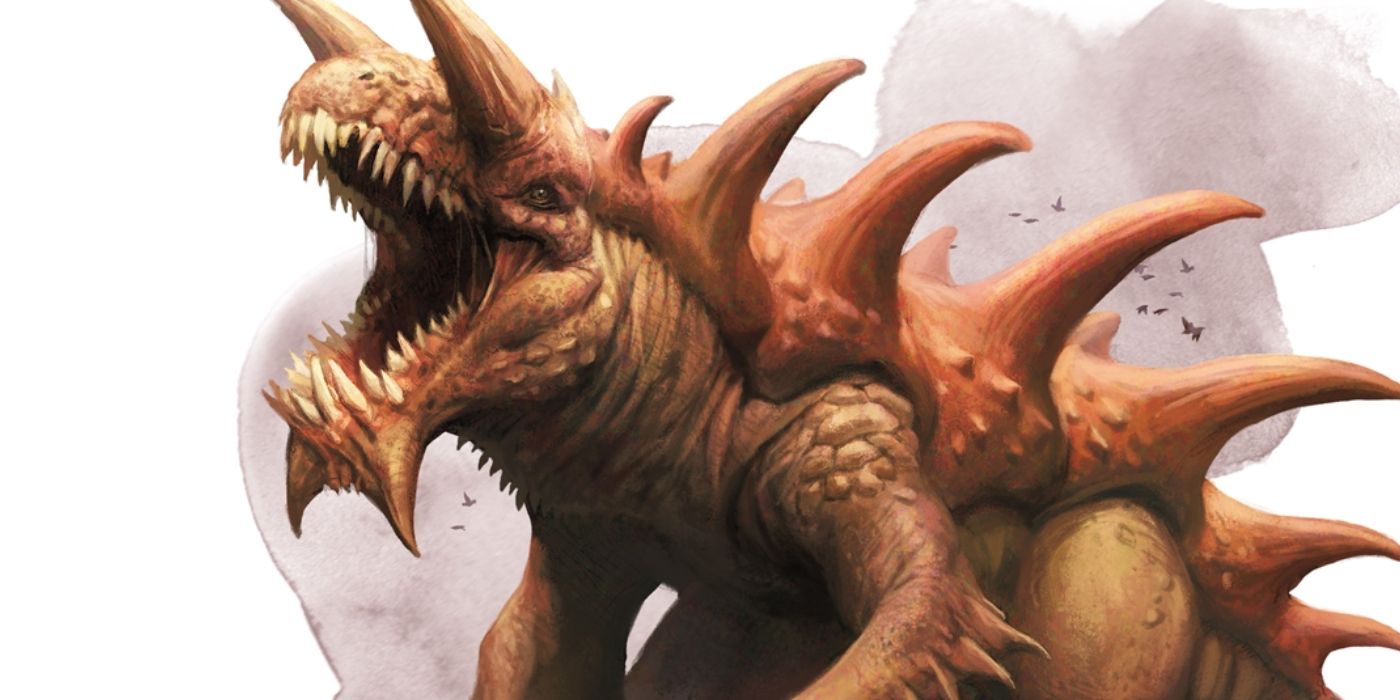 In 2020, Wizards of the Coast released a D&D book called Mythic Odysseys of Theros, which turned the Theros plane from Magic: The Gathering into a campaign setting. One of the most exciting new rule additions in Mythic Odysseys of Theros was Mythic traits, which made the strongest monsters in the game even more powerful. A monster with a Mythic trait essentially has two health bars.

Once the player kills a monster with a Mythic trait, it returns to full health and gains new powers. The Mythic trait has since been used in different campaigns, including Icewind Dale: Rime of the Frostmaiden, but it was used with new monsters. If a revised version of the Monster Manual is released, then it’s likely that the Mythic trait will be added to some of the existing monsters in the game. It’s likely that the Tarrasque will become a Mythic monster, turning the most terrifying creature in the game into even more of a threat. 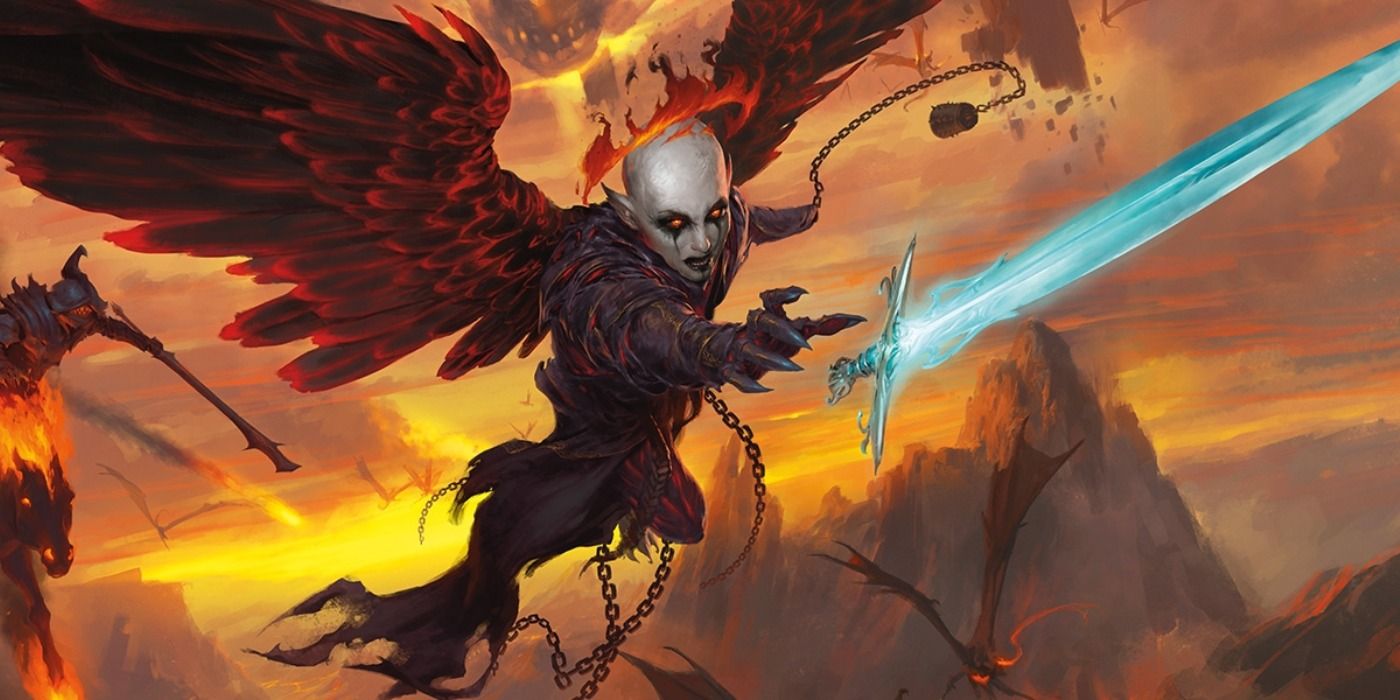 The revised rulebooks have a chance to fix a lot of the smaller issues that have plagued 5e over the years. This is the perfect opportunity to alter the falling damage rules, which have never made sense in D&D fifth edition. The reason for this is that there is a cap on falling damage. A creature takes 1d6 bludgeoning damage for every ten feet they fall, for a maximum of 20d6 damage. 20d6 is a surprisingly survivable amount of damage for a mid-level character to take, especially the melee fighters of the group. This means that a character can fall from orbit and walk it off. The damage cap exists to stop players from abusing the falling rules, by dropping enemies from a great height and trying to instakill them with gravity. A 5.5 revised version of the Player’s Handbook is the best place to change the falling rules so that they make more sense.